How do you shoot a silhouette?

The simple answer is to shoot your subject directly in front of the light source.

You want the outline of your subject to be sharp and their boy to be black. Just because you stand Uncle Bob on a hilltop at sunset doesn’t mean it will automatically work. Your camera is going to try hard to expose him correctly. It’s your job to make sure it doesn’t.

If you have seen any of my sunsets you will notice that some of them are 5 or 10 minutes before the sun has gone down. The horizon is silhouetted, but if the sun hasn’t disappeared yet the horizon and foreground should have some detail.

This is the same technique you are going to use on Uncle Bob, remember he’s on the hilltop waiting for you to capture his athletic silhouette. 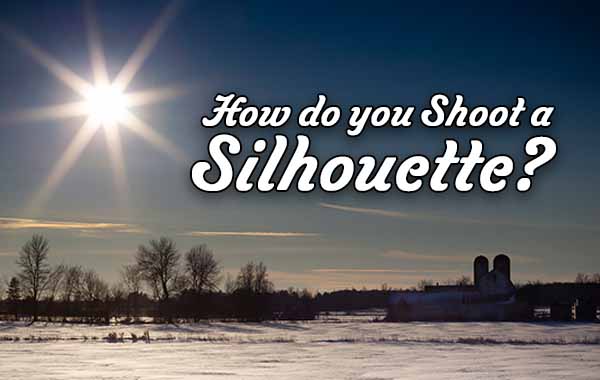 So what you need to do is shoot in manual mode, then set the camera up for a normal exposure by balancing the light meter. When you take the photo you will see detail on Uncle Bob where you don’t want it.

If you don’t want to change your aperture setting you could speed up the shutter speed. An example is if it’s set at 1/125, change it to 1/250. That will half the light coming in and get the same result as changing your aperture.

So how do you shoot a silhouette?

Put your subject between you and the light source, it doesn’t have to be the sun, it could be a flash. Then expose as you normally would and balance the light meter.

Next, you are going to ‘Stop Down’ to reduce the amount of light that is coming in. That’s it, very easy.